Biomeme Goes Back to Its Roots in New Mexico 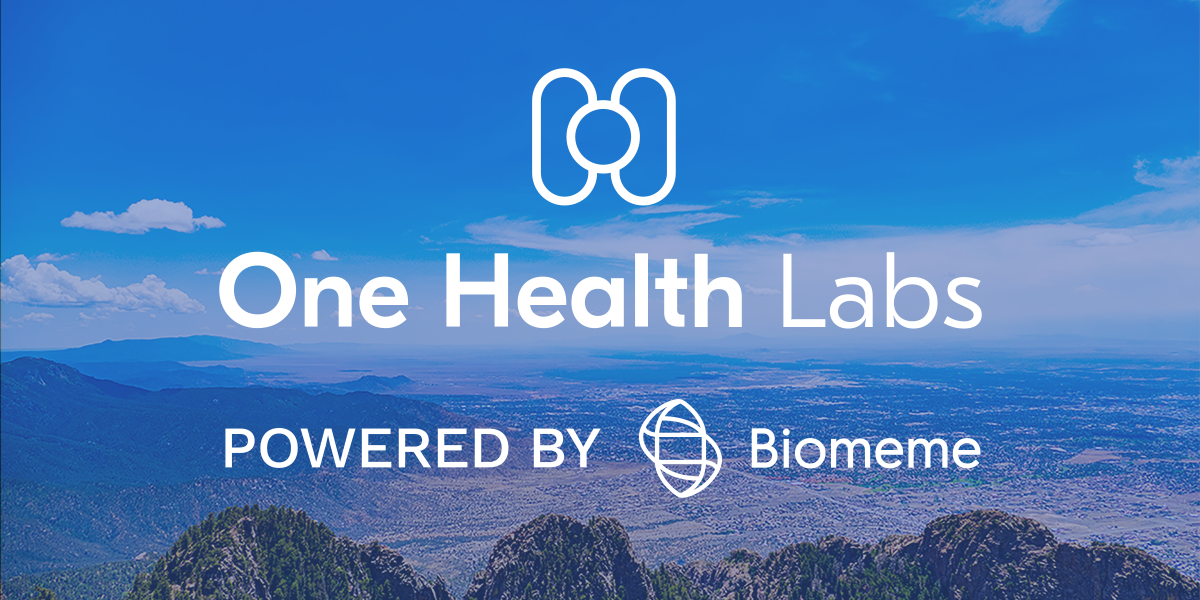 When you walk into Biomeme HQ in Philadelphia, you’ll find a bustling office overflowing with our staff, incoming and outgoing packages, and an overworked coffee machine (our office appliances might unionize soon). Over 20,000 square feet, 220 employees, 4 lab locations from the east coast to the west, and 1 HQ. Things can get pretty crazy, but COVID-19 waits for no one.

Biomeme and our subsidiary CLIA-Certified and CAP-accredited lab, One Health Labs, look very different today than they did just one year ago; let alone eight years ago when Biomeme was founded in a basement in Albuquerque, NM by 3 friends. Those 3 friends shared a vision: empower anyone, anywhere with the capabilities of a central lab in the palm of their hand. The past year has brought Biomeme full circle by not only realizing that vision but also bringing Biomeme back to Albuquerque!

A Startup is Born

In 2012, nearly half of the American population were smartphone users. Why not take a tried and true healthcare technology, like real-time PCR, and make it available on a smartphone? That’s where it all began. Fall 2012: Biomeme's maiden voyage! Marc had transformed a travel hair dryer into a thermocycler and the team paired it with an iPhone 4 to act as a fluorimeter, and created the world's first smartphone integrated real-time PCR thermocycler (right). You can see the telltale real-time PCR amp plot to the left on the laptop screen.

Like all startups, Biomeme was founded on a grand vision: bring healthcare into the home. To do that, Marc, Jesse, and Max needed a place to work on their idea. Cue in Jesse’s grandmother-in-law’s basement (sorry, not a garage) in Albuquerque, NM where they made their very first prototype of a mobile thermocycler out of an old hairdryer! Things were tough - so tough that Marc and Jesse would sometimes joke that it would be easier to just produce certain illicit drugs to fund the company.

New Mexico is home to the University of New Mexico, Jesse’s alma mater, and Los Alamos National Laboratory where the atomic bomb was developed. It was an inspiring place to develop their new smartphone enabled real-time PCR thermocycler platform. With that said, New Mexico did not have the support for start-ups that Biomeme needed to get off the ground. With the help of one of Etsy’s co-founders, Jared Tarbell, and the Dreamit Health accelerator in Philadelphia, Biomeme became a real business. Although new opportunities led the co-founders to leave Albuquerque for Philadelphia shortly after founding Biomeme, their humble beginnings and original vision were never forgotten. Cut back to 2020, Biomeme has been working with television and film productions all over the United States to keep cast and crew working safely through the COVID-19 pandemic. One Health Labs has proven to be a critical piece of the puzzle to catch positive COVID-19 cases early enough to prevent widespread outbreaks and shutdowns. 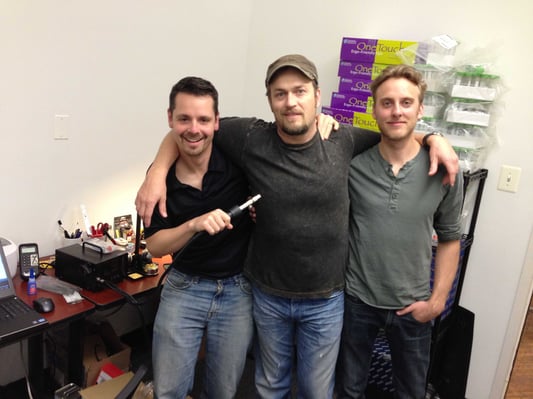 Home is Where the Heart Is

When Biomeme and One Health Labs had the opportunity to bring productions back to work in our hometown of Albuquerque, we jumped! What started in a basement in that very same city is now a key tool used to test many thousands of people every single day. This has brought work back to a city that recently shut down due to the impact of COVID-19 and we can’t help but get a little nostalgic!

Now: Just another day in the lab here in New Mexico at over 5000ft elevation.

across the nation. The combination of our portable equipment and our team’s ability to churn out rapid on-site PCR results has separated us from your traditional lab. Most importantly, our ability to quickly react to an emergency by quite literally taking our lab anywhere it's needed has played a critical role in supporting test & trace operations as we head into the winter months.

From Philadelphia to California, One Health Labs is doing everything we can to keep essential businesses open, prevent outbreaks through regular, rapid on-site PCR testing, and assist with track and trace efforts when there is a positive. We just got here (again), but we are looking forward to doing our part in not only helping the television and film industry, but the state of New Mexico as a whole, prevent outbreaks, and move forward with reopening plans.

Biomeme co-founder, Jesse vanWestrienen, a University of New Mexico (UNM) alumnus, couldn’t be happier about One Health Labs bringing new job opportunities to more graduates of UNM. Although 2020 has been a challenging year for everyone, Jesse says it’s been “validating that this idea and the things Biomeme would provide value to people has come to fruition.” Bringing productions to New Mexico not only helps the film and television industry, but the state as a whole. Estimates state that Netflix’s new ABQ Studios expansion alone could create about 2,500 jobs over the next 10 years! Biomeme couldn’t be happier to be counted toward that growth for our home state.

Even though Biomeme is not yet in the hands of everyday Americans, we are still proud to see that vision get closer to becoming a reality with each passing day. We can work with you to bring your production back to life while ensuring a safe workspace. To get started, send us more information about your upcoming project.

Note from Our CEO: Biomeme 10 Years in the Making

Celebrating a Decade at the Forefront of Molecular Detection: Biomeme’s 10th Anniversary